The Death Of William Sanford Hillery 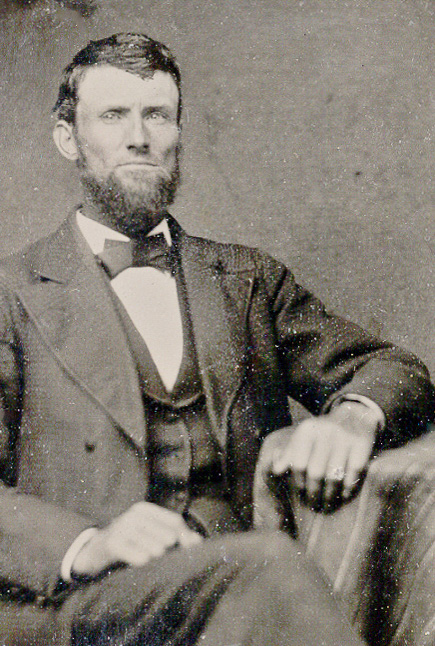 Researching family history is enjoyable and interesting, but it is also a bit sad because, well, most of your relatives are dead and you never got to meet them. Many of them lived full, and presumably reasonably happy lives, but often there are those who died at a young age. The death of William Hillery is particularly sad.

William Sanford Hillery was my 2nd great grandfather. He was born in Monongalia County, Virginia (now West Virginia) in 1846, and he married Margaret Ann McKee in 1872. They had three children, including, of course, my great grandmother, Lillie (Hillery) Patterson. The family moved to Seneca County, Ohio in 1894, and it did not go well for William; sadly, he committed suicide before the end of the following year. There was a lengthy article in the local paper, The Semi-Weekly Seneca Advertiser. I’ll transcribe the article here, as it tells the story well.

WITH A BED CORD

H. H. Hillery, of Bloomville, Shuffles Of This Mortal Coil With His Own Hand

William Sanford Hillery, a prominent school teacher, since last spring a resident of Bloom township, hung himself with a bed cord in the barn at his residence, two and a half miles east of Bloomville Monday.

Wm. Hillery came to this County from near Claysville, W. Va., about the first of last April, selling his farm there with the intention of purchasing one here. He brought with him his family, consisting of a wife and one son, O. J. Hillery, who is also a school teacher, and two little daughters. He had grown tired of the hills and desired to own a small farm on level land where he could make more use of machinery with less labor in the cultivation of the soil.

Upon arriving here, he deposited about $2000 in the Bloomville Bank and rented the Henry Dittenhafer farm as before stated east of that village.

He had been looking around for the purchase of property and had determined on buying the Captain Boyd farm, near where Mr. Hillery lived. In fact the papers for the transfer were to have been made out Monday.

On Saturday Mr Hillery worked out in the oats field all day, as warm as it was, and on Sunday morning he, with his family, went to Sunday school and church at the M. E. society, of which body he was an active member. In the evening he did not go, but remained home with his little daughter and spent the evening in writing instructions and in preparing for the end which he decided should come the next day.

He arose early Monday and with a bed cord went to the barn and tied it about the rafter, then around his neck. The lifeless body was found soon after by his little daughter, who fainted at the appalling sight.

The family and harvest hands were at once notified, and one of the latter cut the body down.

In his letter to his family and the will which he left in a trunk, he ordered that all his property should go to the wife except $500, which he gave to his son. The will was dated Monday and was not witnessed. He also directed that his body be sent back to Claysville, W. Va., for burial and that his family move there and purchase a small farm, which he also designated.

The body was therefore embalmed and made ready for shipment on the evening train as ordered.

The Hillery family are reported to be unusually bright but it is believed that the suicide was temporarily insane at the time of his committing the rash deed.

He was worried over poor crops and poor health. He had rented a farm which had been hard run for several years and his crops were in bad condition and the prospects were that he would not realize much over one-half the rental price from the products. This seemed to annoy him and no doubt had something to do with unbalancing his mind.

Mr. Hillery was forty-nine years of age and in his brief stay in Bloom township had won the respect of a large number of people, who very much regret the sad and unhappy occurrences.

There was another article in another local paper a few days later:

The funeral of William S. Hillery, who suicided at his home two and one-half miles east of Bloomville Monday by hanging himself, occurred at the M. E. church in that village Wednesday at 2 o’clock and was largely attended.

The services were conducted by Rev. T. M. Ayers, the pastor of the church and the interment took place in Woodlawn cemetary, one mile west.

The family decided not to comply with Mr. Hillery’s request in regard to returning to West Virginia and will retain their home in Bloom township.

The real cause of the suicide still remains a mystery in the minds of many people, but that given in a previous issue of the ADVERTISER is generally accepted as being as near the truth of the matter as is possible to get.

I had never heard of the M. E. church, so I looked it up. It turns out to be the Methodist Episcopal Church, which is one of the organizations that eventually became part of the United Methodist Church.

Aside from these articles being interesting because of the story they tell, they are also interesting because of the 1890s writing style and the level of detail. The writing seems flowery and dramatic compared to contemporary stories, and includes information that would not likely be included today, such as the amount of money they had in the bank.

So the family stayed in Ohio, which is good for us, because we’d never have (eventually) been born otherwise. William’s wife Maragret went on to live many more decades, and their children all grew up and had families of their own.